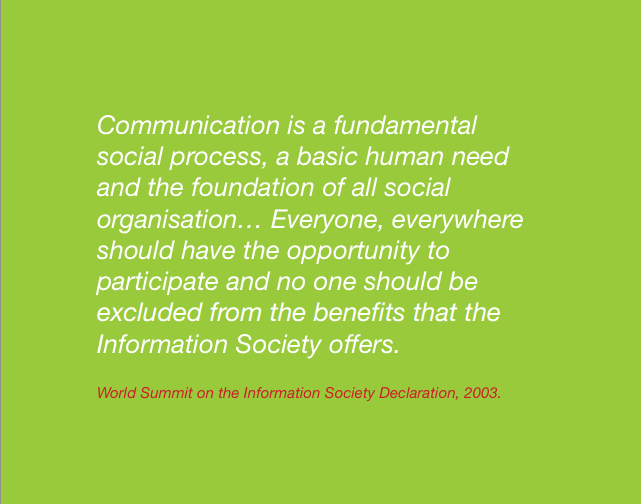 Back in my university days, I learned of a useful framework for analysing the ills of the educational system called “ABCs”. It stands for: Access and participation, Bureaucracy and control, and (Counter-)Consciousness formation. The ABCs describe the fundamental problems faced by the educational system in the Philippines (and in my opinion, traditional education all over the world). Take it further and you’ll get the “D” in the framework — Development — which sets the roadmap for change.

Reading on the updated  Web Index Report has convinced me that the “ABCDs” of education reflect the same challenges faced by internet freedom.

The Web Index Report is a global index that ranks countries according to their internet freedom. For someone like me who lives n the Netherlands, it’s easy to grow accustomed to the unrestrained use of the internet. But all I need to do is take a step back from the screen and look outside to realise that the digital divide is alive and well…and has evolved. According to the Web Index Report, while access to the web has indeed increased, it remains in the form of unequal access. The digital divide has grown into a “participation divide“, “…as unequal access to knowledge and speech online denies millions the necessary tools for free and informed participation in democracy.”

In 2003, world leaders made a promise at the World Summit on the Information Society to “…accelerate action to make the web affordable, accessible and relevant to all groups in society.” Ten years later, Anne Jellema, chief of the World Wide Web foundation, attests this vision of an inclusive information society is far from reality:

Challenges to democratising information and communication flows is further complicated by a global trend towards greater online censorship and surveillance. “A growing tide of surveillance and censorship“ reflects the response of many governments to people’s intensified use of the web and social media to “organize, take action and try to expose wrongdoing in every region of the world.” Sir Tim Berners-Lee, inventor of the world wide web and director of the World Wide Web Consortium (W3C), sounded this alarm close before the launch of the updated Web Index Report, describing the effects of surveillance as “chilling” and “insidious”, and that “(B)old steps are now needed to protect our fundamental rights to privacy and freedom of opinion.”

Here are some of the most telling findings of the report as quoted from The Guardian (unless indicated otherwise):