Although many celebrate the technologies of verisimilitude, many also criticize the role of digital animation and special effects as factors that contribute to the depthlessness of modern cinema and the digital visual culture. These digital-driven images are seen as dazzling and thrilling, but merely illusory and lacking meaning. (Listers 2003: 145)

You don’t have to have a doctorate degree to know that, indeed, many films suffer from depthlessness; and that technological wizardry is often used to compensate for the lack of a solid story. But to what extent is this ‘depthlessness’ a symptom of the slide into digital illusion and a hindrance to the telling of stories? Even before the coming of these technologies, bad stories and lousy films already existed, which definitely lacked meaning and depth. Couldn’t it be that digital technology has opened not just a new way of viewing movies, but also a new way of telling stories? 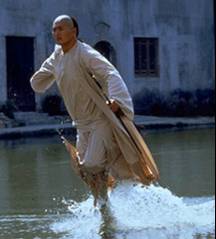 This is at least how I see it when it comes to films like the kung-fu greats of today, particularly The Hero and Crouching Tiger, Hidden Dragon. Kung-fu films (and kung-fu-inspired ones) have emerged successfully in the international scene when digital manipulation — 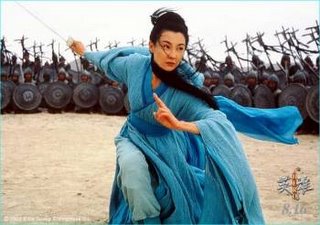 paradoxically — helped made its magical realist character more ‘real.’ It helped the unfamiliar Western eye to momentarily suspend its disbelief. So, in terms of mainstream cinema, kung-fu films graduated from being comical, exaggerated stories of warriors who can fly, walk on water, and fight from atop bamboo trees (as seen from a Western perspective) to a more unique and rich retelling of realities. They’ve become the cool thing to adopt in action films; the conventions of kung-fu realism are now more exposed, popularised and understood.

The technological advancements in film-making also birthed a new genre of producing and creating films, like LOTR and The Matrix. The latter is most famous for its dramatic scenes using bullet-time.

“The camera path was pre-designed using computer-generated visualizations as a guide. Cameras were arranged on a track and aligned through a laser targeting system, forming a complex curve through space. The cameras were then triggered at extremely close intervals, so the action continued to unfold, in extreme slow-motion, while the viewpoint moved. Additionally, the individual frames were scanned for computer processing.”
( http://en.wikipedia.org/wiki/Bullet_time ) 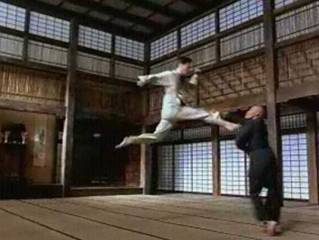 The bullet time has been around for some time (Speed Racer, Blade, Wing Commander, etc.), but in The Matrix, it was a crucial element of both the story and the storytelling. Utilizing this and other digital-effects actually made The Matrix very ‘realistic’ that the public was very willing to suspend their disbeliefs and their notions of everyday reality. The imagery/metaphor of virtual reality and its technologies were creatively expressed through bullet-time / time slice. It enhanced the story’s dimensions regarding the shifting, altering and merging nature of realities/unrealities in the Matrix. It assured a more compelling and visually powerful telling of the story. 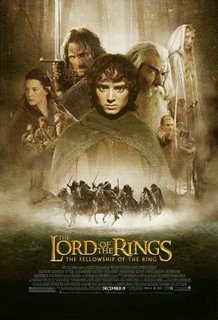 But it isn’t just the technical ingenuity of films like The Matrix and LOTR that assured them of success. Today’s spectators are modern, aware and literate of the technological advancements in cinema and entertainment. This knowledge prevents them from being duped or tricked. It’s the same knowledge and appreciation that makes them accept the realism promoted by the Matrix and LOTR, and adds to the “pleasure of spectatorship”. They know that the special effects are there to be noticed. It becomes then “…a play between the audience’s willing acceptance of illusory events and images and their pleasure in recognising the sophistication of the artifice.” (Listers 2003: 154)