There were two incidents in Manila last week that caught the attention of Filipino netizens, sparked some online sleuthing, and gave a good demonstration of social density. One involved a traffic aide who got slapped around by a motorist. The other, a Senator who plagiarised an American blogger. 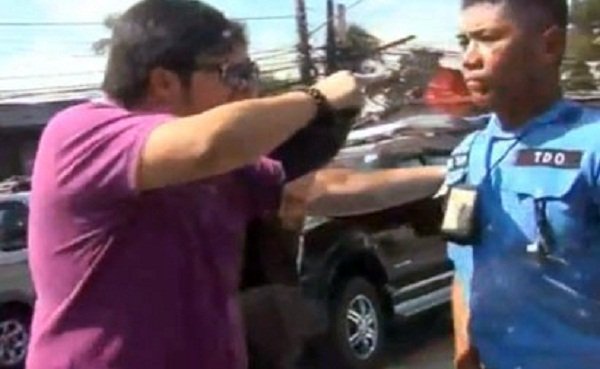 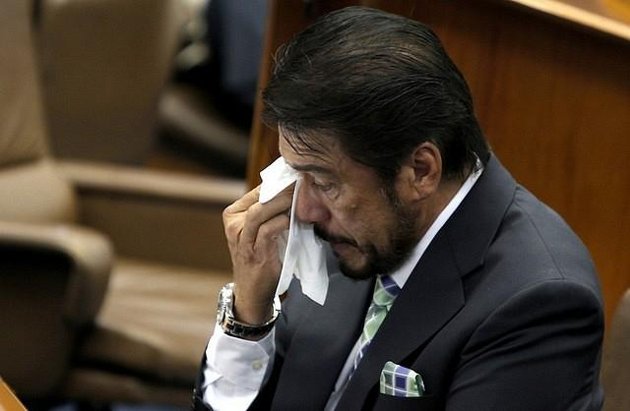 The traffic aide, Saturnino Fabros, apprehended the motorist who beat the red light. The then unidentified motorist alighted from his car and rained curses on Fabros, took his cap and struck him with it, and then hit him on the face.  Fabros appeared to stoically endure the attack. Now, we know why. He was thinking of his six motherless daughters. He was stunned, and then frightened that the motorist might have a gun and would shoot him. What would then happen to his daughters? And so he endured the insults and the blows.

The video, caught by chance by a TV network researcher, soon spread like wildfire on social media networks. I saw it on Facebook first. The ‘call-to-action’, so to speak, was to find the ‘fat Volvo-riding bully’ and identify him. Name the bully.

And named he was: Robert Blair Carabuena, a recruitment executive of Philip Morris Fortune Tobacco Corp. Named and marked with the digital scarlet letter.

The spotlight has also been set on Fabros, who, by accounts given by colleagues and neighbours, is a nice and meek man, and a devoted father. Certainly the opposite of the corrupt traffic enforcers and aides that the public is used to, which I think also explpains the public’s outpouring of sympathy for his plight. The more the world looks into the man, the more they see the everyman in him. Fabros lives in a 25-square-meter shanty, one of hundreds,  in a community called Lupang Pangako (Promised Land). This promised land surrounds a towering garbage mountain where Fabros used to scavenge for bottles and cans with his wife when she was still alive.

Social media loves underdogs, and Fabros is the man we all want to save right now. Fund-raising campaigns have been started to help him and his daughters. So far, the media is letting the truth get in the way of storytelling, and I hope it remains that way.  I know that the problems by ‘Mang Satur’ and the marginalised which he now represents, can only be truly solved by structural solutions, not social media. But what social media can do right here and right now is to shine the spotlight on him and help him keep his head above water. Hopefully it leads to more long-lasting solutions.

Just a blogger…just another bill?

Senator Vicente “Tito” Sotto III gave a privilege speech opposing the controversial Reproductive Health (RH) Bill. He described the harmful effects of contraceptives on unborn babies, citing his own personal tragedy – the death of his own infant son 37 years ago – as an example.  It turned out that the arguments he presented were lifted verbatim from, not just one but, five bloggers and a briefing paper.   No attributions were made to his sources. The Senator’s Chief-of-Staff says blogs are in the public domain and no laws cover them so copying from blogs can’t be considered plagiarism. Sotto himself said he didn’t need to quote the blogger, because, well, “she is just a blogger.”

This incident has cast a shadow not only on the Senator’s integrity but also on the facts and arguments he used “against contraception over studies by the Health department and the World Health Organization which noted that artificial family planning is safe.” On one of the bloggers’ site is the disclaimer, which states information in posts are “not intended to substitute for the advice provided by your doctor or other health care professional.”

This is what I posted on my Facebook status about this:

poor research, citing others’ work without using attribution, condescending view on social media & bloggers = insult to legislation & fillipino people. the dignified thing to do — no, the right thing to do — is just admit you were wrong and correct your mistakes.

Collective knowledge, yes! But that’s not the same as passing someone’s work as your own, or purposely neglecting to credit its makers. In today’s world of shared knowledge production, hybrid media and mash-ups, it’s still important to give proper attribution. It’s just common decency. In Sotto’s case (and for everyone involved in legislation), it even goes beyond decency. Crediting your sources answers the call of transparency in governance. Cite your sources so that those with opposing views can also investigate it, especially if the fate of a bill as controversial and important as the RH Bill is in question.

This issue is not just about blogging, or copyright or giving proper attribution. This goes beyond social media. It’s about dignifying the process of legislation by making sure your research methods are sound, your facts correct,  and your analysis genuinely valuable and actionable.

How the Philippine online community responded to these events is an example of the power of social networks and the radical potential of social density.

Our digital technologies, which are social, real-time, decentralised and distributed, allow people in different places to connect with each other and synchronise their actions, in simple and fast ways, and in a widely-distributed manner. These may produce more weak than strong ties, but social density can help these weak ties produce action with stronger impact. Stowe Boyd writes: “increased density of information flow (the number of times that people hear things) and of the emotional density (as individuals experience others’ perceptions about events, or ‘social contextualization’) leads to a increased likelihood of radicalization…”

I think emotional density in these two cases played a bigger role in moving people to name the bully and scrutinise a Senator’s speech.

In the case of Mang Satur, it was a microcosm of Philippine society. On one corner, you have the entitled acting with impunity. On the other, the poor desperately keeping body and soul together.

In the case of Sotto, it was a reflection of the deep yearning for honesty in government institutions. His case comes at the heels of two controversial cases of plagiarism that both happened in 2010. “One involved Associate Justice Mariano del Castillo who allegedly lifted without citation from legal experts abroad in his decision on World War II comfort women. Businessman Manny Pangilinan in 2010 also admitted that parts of his speech before Ateneo De Manila Univerisity graduates have been copied from celebrities’ speeches.”