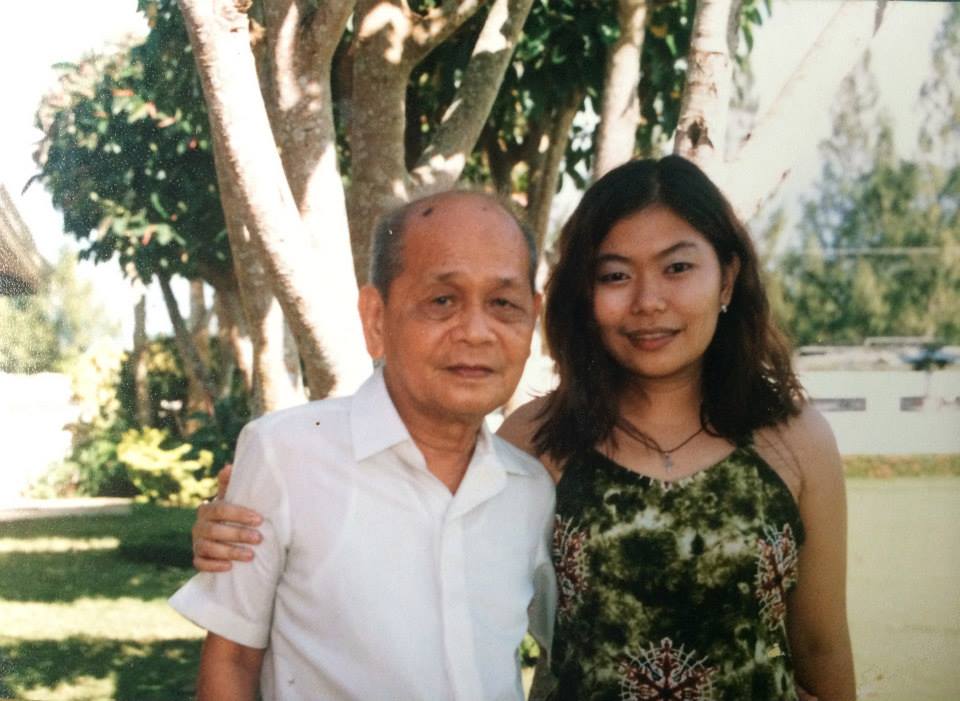 For someone who writes about a lot of things, I’ve never really written anything about my father. When he died in 2004, I wrote an entry in my journal, but nothing more, even though so many things remained to be expressed in words and shared to those who care. Perhaps it’s the fierce love shared between us, the intimacy and intricacy of our bond as father and daughter that prevents me from articulating in words that which dwells silently in the bosom of my dreams, rage, pain and hope. This piece is but an overview of what I want to write about him as there are so many details and insights I want to share when it comes to our bond with each other. This is a first attempt; a tribute to my Daddy on what would’ve been his 87th bday last May 16. 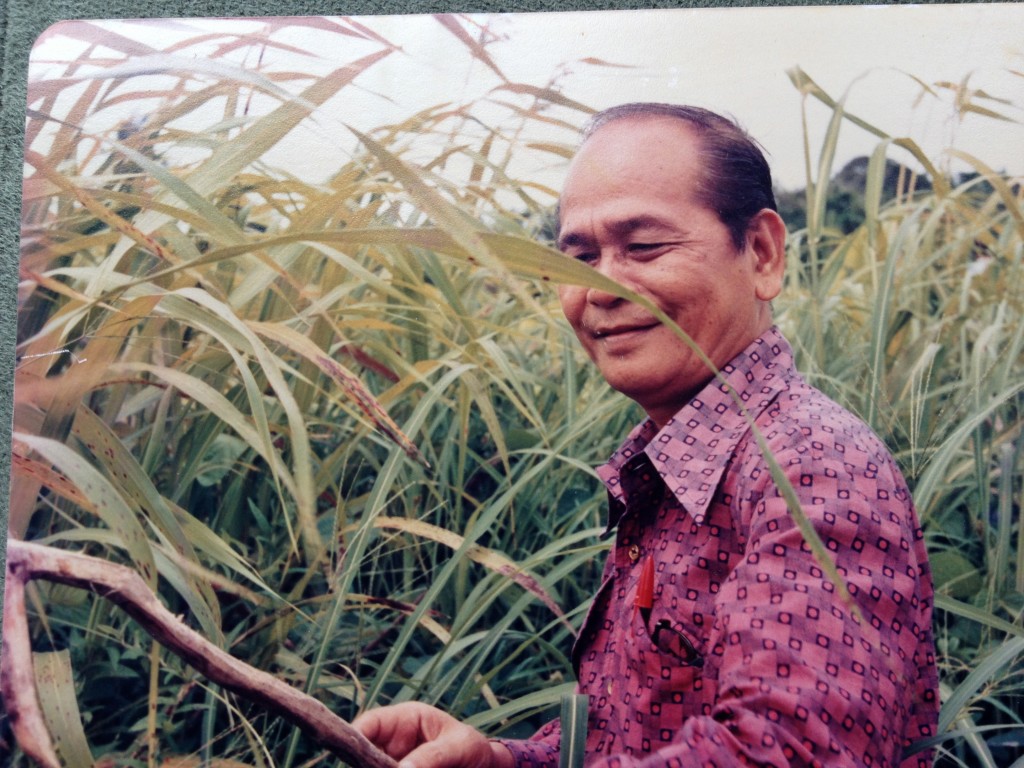 I’m a LaSallista. ID# 8943206. A lot of notions, both positive and negative are attached to this label. Perhaps the one that comes first to mind is the term ‘elitista’. Today’s La Salle deserve to be seen in a more progressive light, though as it has been active in championing social issues, thanks partly to more open and progressive minds among the younger generation of brothers (led by the president Bro Armin Luistro). But in the years after Cory Aquino (and I can speak best about my time in the early 90’s), activism and La Salle were conflicting worlds. And yet, I managed to be a resident of these two worlds.

If I were to think of how I ended up in La Salle and why I joined Malate (DLSU’s major literary publication), Tapat (progressive student party) and LSDA (La Salle Students for Democratic Action), a lot of the reasons would lead me back to my father.

Those from my batch in Malate and Tapat and even peeps in SC (Student Council) would probably still remember him, and the lunches be brought for me which ended up being shared by everyone. I think even the guard at the LS and Engineering gates would remember because he visited me so frequently. I think there was a time when he dropped by on a weekly basis, even going to the SC office to check if I was hanging around there. Actually, even the canteen ladies in the SPS building (which housed the publications) knew him and would often tell me when I happened to swing by ‘Uy, hinahanap ka ng daddy mo’. I remember being annoyed sometimes that he visited me so often. I thought: I’m all grown-up, I’m editor-in-chief of a university literary publication and here’s my Dad’s trying to check up on me. It didn’t occur to me that maybe (and now I know for certain) he simply missed me.

My Dad, Prof. Bayani Alcala, was true to his name. ‘Bayani’ he was, a true ‘hero’ in both his failings and triumphs, in the personal and the political. He was a World War II veteran (who sadly never got his pension because of guess what — bureaucrats in the Philippine Veterans Office, but ranting on that deserves another article), a political detainee, and a dedicated teacher to the end.

Most of all, he was a loving father who always put his family’s needs before his. In our family, the children got the biggest piece of the chicken. He never bought himself new clothes, he was always saving and making sure we got everything we need. It still escapes me how he supported us financially. Even though the only reason I was able to study in La Salle was because I had 100% scholarship, my dad still had to pay for all the other expenses of a college student. How he did that on a teacher’s salary and a few project studies on the side, I still don’t know. Especially now that I know how difficult it is to support oneself and how every movement you make costs money.

Dad, or ‘Prof’ to his friends, was “invited” on August 22, 1971,  between 8 a.m. and 6 p.m. by agents of the Philippine Constabulary and detained along with Rogelio Arienda and Nemesio Prudente. He was apprehended “on reasonable belief” that they had “participated in the crime of insurrection or rebellion; that “their continued detention (was) justified due to the suspension of the privilege of the writ of habeas corpus.” He was released in November. Didn’t get to know about this until I was about 10, I think.

So my dad was the reason why I was already reciting ‘subversive’ poetry (taken from the University of Lyceum’s student paper) in poetry contests in kindergarten (which I won,, so the judges must have sympathetic to the cause). He was the one who planted the idea of a Jesus for the masses in my head and why ‘armed struggle’ is sometimes inevitable. He said we were descendants of Rajah Soliman and we should be proud of our heritage. He said if I had enough faith, I could move a mountain. (Side note: I tried to move Mount Makiling to our backyard. I tried several times.. Guess you know what happened. But I didn’t lose the faith.)

Dad made me read Conrado de Quiros’ column (in the Globe back then) and educated me on the U.S. bases issue. I didn’t know that the little red book lying around in his room was indeed THE little red book. Because of him, I started writing about injustice for my ‘formal’ and ‘non-formal’ themes in Filipino classes. I scored a 100% for one article, which I proudly showed him. Later that night, as he tucked me to sleep, he asked nonchalantly if there were people talking to me in school about societal issues, oppression and Marcos’ government. I shrugged no. I didn’t get what he was talking about. Only years later when I was in the university did I realise he was describing the process of political education undertaken by activists to persuade others to join the cause.  (Update 31 Jan 2016: I found out 2 or 3 years ago that Daddy was among those influential in the political education of Celia Mariano, “the only woman ever elected to the Central Committee of the PKP.” )

One morning, we heard on the radio that an attempt was made on PUP president Nemesio Prudente’s life. My dad suddenly shouted with rage and went inside his room, still cursing. That was the first time I saw him so angry. I didn’t understand then that it was not only an attempt to end his friend’s life, but was also an attack on the beliefs he held dear.

So you see, my dad was the one who enlightened me on this aspect of life. Naturally, when I began to ask questions myself and began to act on the beliefs he instilled in me, he became frightened. The reason why I entered La Salle was so that dad could steer me away from ‘aktibistas’ in UP (University of the Philippines). He was extremely proud that I passed the entrance exams of UP, but he still wanted me to go to La Salle.  And despite getting also a scholarship from Ateneo de Manila University, he couldn’t be persuaded to change his mind. Ateneo was UP’s neighbour. So the fate of my education was sealed. My dad didn’t foresee that he and I,  and these UP tibaks would soon be sharing an apartment together.

The very first time ever I joined a rally (againt tuition fee increase in front of the Department of Education) and he found out, was the second time I saw him so mad. He shouted curses at me. I was more shocked than hurt.. Again, I didn’t understand.

Now I do. He was afraid for me. He was just being a parent, an over-protective one, but a loving father nonetheless. He accepted the fact that I was indeed my father’s daughter and instead of pulling me away from dangerous roads, he chose to walk by my side.

He joined me in a number of rallies, some even a bit dangerous that I worried for him because his age naturally made him less agile, and for his temper, because I knew he would take on a battalion of soldiers if they threatened my safety. But we stayed on the concrete pavements.  I let him worry for me, and I worried for him.

A most cherished memory with my dad was on Sept. 16, 1991, that historical moment when the Senate finally ended the bases treaty. It was raining and I didn’t mind — I loved it. I was taking part in history! So many other Filipinos have fought bravely so that this day would dawn upon our nation. My dad, a professor at PUP (Polytechnic University of the Philippines) was with the school delegation, searched for me in the throng of masses, an umbrella in his hand. History might be unravelling right before his eyes — a history wherein he played a great role as guerrilla fighter, political detainee and a founding member of MAN (Movement for the Advancement of Nationalism) — and all that concerned him at that moment, was that his reckless daughter probably was too lazy to take an umbrella and would get drenched in the rain.

I was already soaked to the bones, but I obliged. I let my dad shield me from the rain. He threw a look at my wet clothes and I could hear his mind worrying I’ll catch a cold, but he didn’t say a word. For a few minutes we stood together under the umbrella, while the crowd danced in celebration around us. I was beaming with pride. I was genuinely happy and proud to be able to share that moment with my father.

A large part of who I am now was due to my dad. I’m so proud of him. He made a good choice sending me to La Salle after all. 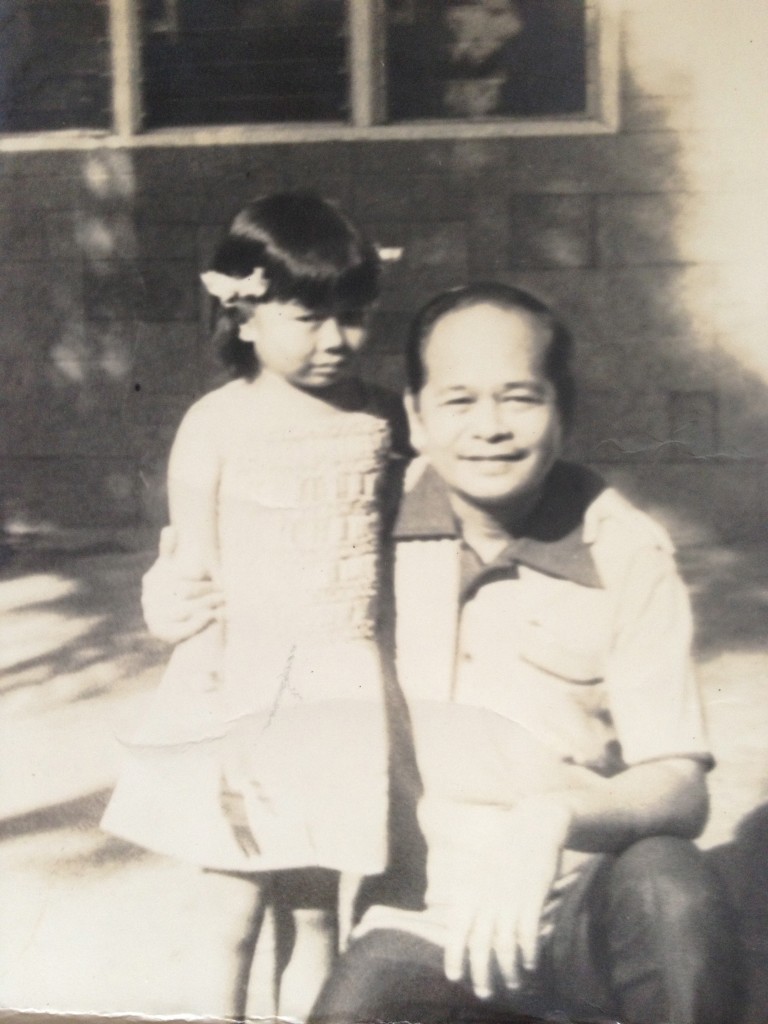