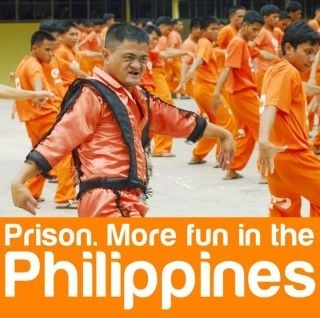 The Philippines Department of Tourism’s (DOT) new slogan “It’s more fun in the Philippines” is getting a life of its own. Although debates have been sparked (the slogan is the same as an ad in Switzerland in 1951), I think netizens are largely approving it. The public has taken the slogan and made it its own as seen by numerous ads / tweaked slogans sprouting on Facebook and Twitter. Some of the first images coming up on a Google search range from breathtaking nature shots to slices of Philippine life and humour to political and satirical messages. My interest in it lies primarily on the fact that it’s now becoming an internet meme: it’s a case where crowdsourcing has transformed a good slogan into a living one. A more valuable point of critique for me, though, would be whether the DOT and its ad agency integrated social touchpoints during the campaign development process, and if it actually planned for the public to get on board the campaign by mashing up the slogan. The previous slogan in 2010 was a social #fail, which I extensively blogged about.

Below is a comment I made on a friend’s Facebook Wall where the issue of originality was raised.

”in my opinion, the originality issue is not as simple as critics are portraying it. in this day and age, i think even the concept of originality is changing. it has become increasingly easy to share, mash-up and produce hybrid ideas, which in their own right can be considered ‘original’. maybe dot didn’t do its research more extensively as netizens could easily do (the advertising campaign development process in many countries still lag in integrating social touchpoints), but that doesn’t make them guilty of stealing.

the slogan itself “it’s more fun in the (country)” is so basic and resonates with people’s own experiences, that it’s difficult to tweak it. it’s this basic character, i think, that makes it a good slogan, because you can easily and creatively craft it to the philippine context. so, it might be based on another country’s slogan, but we can execute it differently. just like how the ads are being made by the public now. they’re taking snapshots of life in the philippines and basically saying ‘mas masaya sa pinas’ (which i think is what all pinoys abroad swear by). i think crowdsourcing the ads themselves is what will breathe in new life in this ‘unoriginal’ slogan’.

if i were to critique the campaign, it would be less on the merits of the slogan itself, and more on whether the dot integrated social touchpoints throughout the development of the campaign. i think that was one major flaw of its predecessor (‘Pilipinas kay ganda’). it could’ve leveraged the wisdom of the crowd, but it didn’t. i blogged about this in 2010 if you’d like to read 😉 https://socialbizstrategy.com/2010/11/24/case-study-philippines-tourism-campaign-rebranding-couldve-harnessed-the-wisdom-of-crowds/

i love the way it’s now being adopted by the public and making it their own. like this album: https://www.facebook.com/media/set/?set=a.10150506686457290.390771.501807289&type=1  and even the political and satirical ones — those are welcome, too. they extend the campaign into the public consciousness and bring in authenticity in my view. might be an undesired result by dot, but they can’t really do anything about it.”